Slightly Skew Systems Of Government by Scott Alexander
Monday June 22nd, 2020 at 3:11 AM

[Related To: Legal Systems Very Different From Ours Because I Just Made Them Up, List Of Fictional Drugs Banned By The FDA]

Clamzoria is an acausal democracy.

The problem with democracy is that elections happen before the winning candidate takes office. If somebody’s never been President, how are you supposed to judge how good a President they’d be? Clamzoria realized this was dumb, and moved elections to the last day of an official’s term.

When the outgoing President left office, the country would hold an election. It was run by approval voting: you could either approve or disapprove of the candidate who had just held power. The results were tabulated, announced, and then nobody ever thought about them again.

Clamzoria chose its officials through a prediction market. The Central Bank released bonds for each candidate, which paid out X dollars at term’s end, where X was the percent of voters who voted Approve. Traders could provisionally buy and sell these bonds. On the first day of the term, whichever candidate’s bonds were trading at the highest value was inaugurated as the new President; everyone else’s bonds were retroactively cancelled and their traders refunded. The President would spend a term in office, the election would be held, and the bondholders would be reimbursed the appropriate amount.

The Clamzorians argued this protected against demagoguery. It’s easy for a candidate to promise the sun and moon before an election, but by the end of their term, voters know if the country is doing well or not. Instead of running on a platform of popular (but doomed) ideas, candidates are encouraged to run on a platform of unpopular ideas, as long as those unpopular ideas will genuinely make the country richer, safer, stronger, and all the other things that lead people to approve of a President’s term after the fact. Of course, you’re still limited by bond traders’ ability to predict which policies will work, but bond traders are usually more sober than the general electorate.

This system worked wonderfully for several decades, until Lord Bloodholme’s administration. He ran for President on an unconventional platform: if elected, he would declare himself Dictator-For-Life, replace democracy with sham elections, and kill all who opposed him. Based on his personality, all the bond traders found this completely believable. But that meant that in the end-of-term election, he would get 100% approval. His bond shot up to be worth nearly $100, the highest any bond had ever gone, and he won in a landslide. Alas, Lord Bloodholme was as good as his word, and – after a single sham election to ensure the bondholders got what they were due – that was the end of Clamzoria’s acausal democracy.

Cognito is a constitutional mobocracy.

The Executive Branch is a president elected by some voting system that basically ensures a bland moderate. They have limited power to make decrees that enforce the will of the legislature. The legislature is the mob. One proposes a bill by having a protest in favor of it. If the protest attracts enough people – the most recent number is 43,617, but it changes every year based on the population and a few other factors – then the bill is considered up for review. Anyone can propose amendments (by having a protest demanding amendments) or vote against it – (by having a protest larger than the original protest demanding that the bill not be passed). After everyone has had a fair chance to protest, the text of the bill supported by the largest protest becomes law (unless the largest protest was against any change, in which case there is no change).

The Cognitans appreciate their system because protests are peaceful and nondisruptive. The government has a specific Protesting Square in every city with a nice grid that lets them count how many protesters there are, and all protests involve going into the Protesting Square, standing still for a few minutes to let neutral observers count people up, and then going home. It’s silly to protest beyond this; your protest wouldn’t be legally binding!

There’s been some concern recently that corprorations pay protesters to protest for things they want. Several consumer watchdog organizations are trying to organize mobs in favor of a bill to stop this.

Every form of government has its own advantages and disadvantages, and the goal is to create a system of checks and balances where each can watch over the others. The Yyphrostikoth Governing Council has twelve members:

The Representative For Monarchy is a hereditary position.

The Representative For Democracy is elected.

The Representative For Plutocracy is the richest person in the country.

The Representative For Technocracy is chosen by lot from among the country’s Nobel Prize winners.

The Representative For Meritocracy is whoever gets the highest score on a standardized test of general knowledge and reasoning ability.

The Representative For Military Dictatorship is the top general in the army.

The Representative For Communism is the leader of the largest labor union.

The Representative For Futarchy is whoever has the best record on the local version of Metaculus.

The Representative For Gerontocracy is supposedly the oldest person in the country who is medically fit and willing to serve, but this has been so hard to sort out that in practice they are selected by the national retirees’ special interest group from the pool of willing candidates above age 90.

The Representative For Minarchy is an honorary position usually bestowed upon a respected libertarian philosopher or activist. It doesn’t really matter who holds it, because their only job is to vote “no” on everything, except things that are sneakily phrased so that “no” means more government, in which case they can vote “yes”. If a Representative For Minarchy wants to vote their conscience, they may break this rule once, after which they must resign and be replaced by a new Representative.

The Representative For Republicanism is selected by the other eleven members of the council.

The Representative For Theocracy is the leader of the Governing Council, and gets not only her own vote but a special vote to break any ties. She is chosen at random from a lottery of all adult citizens, on the grounds that God may pick whoever He pleases to represent Himself.

The Constitution was never fully amended, so technically the position is still the Representative For Kratocracy, and technically anyone who kills the Representative For Theocracy can still take his seat and gain immense power. But for some reason everyone who tries this dies of completely natural causes just before their plan comes to fruition. Must be one of those coincidences. TL;DR: Principle of no non-Apologies: “Distinguish between saying I’m sorry and apologizing. Don’t give non-Apologies.” Do not Apologize when you don’t agree that you fucked up. When you fucked up, own the fuck-up and, if it’s systematic, commit to reducing future fuck-ups.

Everyday “I’m sorry” is usually not an Apology

“I’m sorry” can be used in several ways.

One way is using it as a conciliatory gesture, basically saying “you’re stronger than me, I submit, please don’t hurt me”. It’s one possible way I might react when under threat by someone stronger making demands I don’t agree with.

Another way is to say “this was accidental, I didn’t intend to hurt you”, like when you bump into someone when boarding your tram.

But when you use the words that way, you are not making an Apology. And it’s useful to distinguish between these uses of “I’m sorry” andactual Apologies.

Courtesy of an unknown source that I can’t immediately recall, you are Apologizing when you:

An Apology which holds to this definition makes you vulnerable (because you are open about the weakness that caused the behavior), and it’s not to be made lightly, because of the commitment. It is also virtuous to own your mistakes or systematic problems, and to work on them.

On the other hand, if you use the ritual apologetic words but do not meet these criteria, let’s call that a non-Apology.

A prototypical example is “I’m sorry you feel that way”, which happens when a sociopath in charge is forced by overwhelming force to “Apologize”.

“I’m sorry” that you tell your boss just to make them stop grilling you is also, under my use of the word, a non-Apology.

So is, in many (but not all) cases, a “sorry I’m late” I might say when coming to a meeting. Also the “bump into someone on the tram” example, and the “I yield I’ll do what you demand” example.

(So, notice that I’m not saying non-Apologizes are morally bad. Some of them are, but many are also just those tiny social rituals you need to do so you make it clear to people you aren’t a dick.)

Principle of no non-Apologies

My principle of no non-Apologies is two-part:

This first part I recommend adopting universally. Know the difference between the social ritual that evolved from small routinized Apologies and actual Apologies, and know which one you are doing at which time.

Unfortunately, many of us are stuck in power differential relationships with people who demand apologetic-sounding words, and there might be no better solution than to yield. But still, it’s good to know that you are saying “I’m sorry”, and not Apologizing. That way, you can appease without cognitive dissonance.

But in relationships with mutual care and respect and compassion, it should make sense that you shouldn’t be obliged to Apologize if you don’t agree that you did anything wrong. When you feel pressed to apologize, your first instinct should be to ask what you did wrong, and if there are different viewpoints, have a conversation.

If your behavior is worthy of an apology, don’t stop at “I’m sorry”. Understand why the behavior happened, and work to prevent it from causing more bad consequences in the future.

This is just one instance of a more general move of looking at some social ritual (like apologizing) and looking at it a little “sideways”: getting back in touch with the original meanings of the expressions used in it. Rituals and words can lose meaning over time, and you can lose concepts when that happens. If you want to see what it’s like to look at things that way, I’ve had a pretty vivid experience of it after finishing Wittgenstein’s Tractatus.

One of the most well-known Spanish traditions involves #tapas, friends and nice small bars. #Tortilla, #ham or #paella are a must, right? Share with us all your favourite tapas! https://bit.ly/2WLCDh4  #SpainWillWait #SpainTraditionspic.twitter.com/SKl61PmLND by (@spain)
Wednesday May 27th, 2020 at 2:28 AM

One of the most well-known Spanish traditions involves #tapas, friends and nice small bars.

#Tortilla, #ham or #paella are a must, right? Share with us all your favourite tapas! 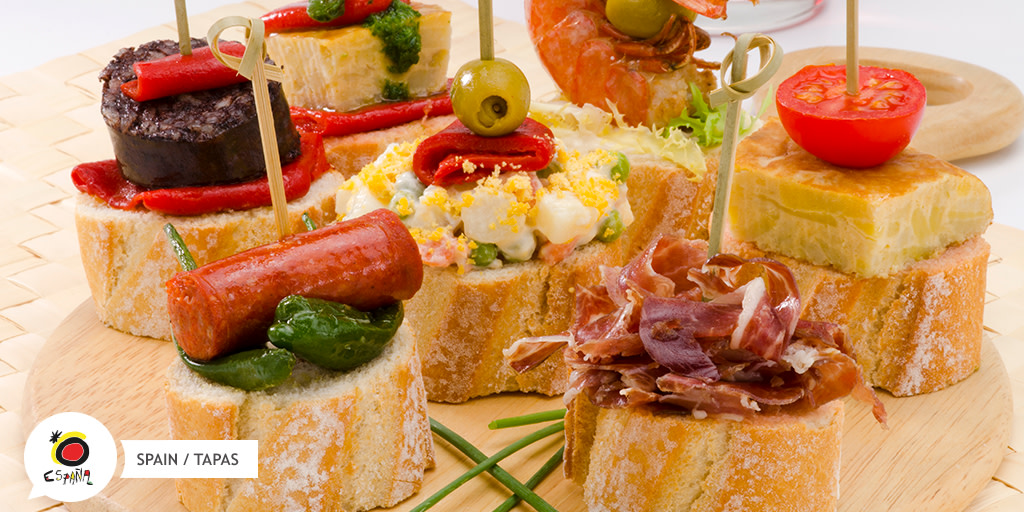 Someone who wishes to remain anonymous writes:

Here’s a joke we used to tell about someone in econ grad school, a few decades ago.

No, this is not about anyone we’ve ever blogged about. It’s just a great story.